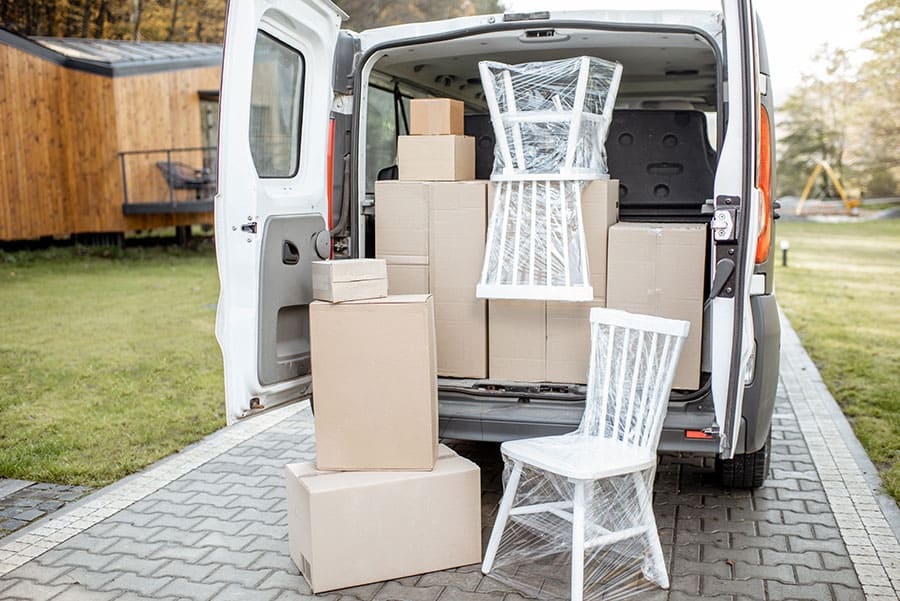 Whether you’re trying to move your futon or get it home from the store, there are many reasons behind trying to figure out if a futon can fit in a minivan.

So, can a futon fit in a minivan? Yes! If it’s new and in the box, it’s best to leave it there and work the box into the back of the van. If you’re moving a futon from one location to another, it will likely need to be taken apart to fit correctly. You’ll have to remove the legs and fold the cushions down for the best fit.

In this article, you’ll learn what a futon is, how they work, and how you can get them to fit in your minivan without too much of a hassle.

Futons and Their Purpose

Futons are a couch and a bed all in one. They were traditionally used in Japan as a floor mattresses, but thanks to William Brouwer’s innovation in 1982, the futon evolved into the transitional sofa beds we know and love today.

Futons are convenient, comfortable, and come in a range of materials, sizes, styles, and colors with a relatively low price tag. The most popular style of a futon is the armless or lounge futon because they can comfortably accommodate guests of any height and have a more modern visual appeal.

These handy pieces of furniture are great for:

While you can simply toss a pillow and blanket on the futon and sleep directly on the cushions, the option to dress your futon up as a more comfortable sleeping spot with a mattress topper and sheets exists.

They work by folding and clamping in place, either into the bed position or the sofa position, and don’t take much effort to transition.

Because of their flexibility and simple disassembly, futons aren’t very difficult to move from place to place. Moving a futon consists of breaking down the frame, folding the mattress part of the futon up, and shoving it into the back of the car.

Fitting a Futon Sofa in a Minivan

Though putting a futon in a minivan isn’t exactly rocket science, there are still a few things that you can do to make the process go more smoothly, such as:

When it comes down to it, fitting a futon in a minivan isn’t as difficult as one would initially believe. A proper fit mainly rests on the disassembly of the futon’s frame, neatly folding the cushion, and stacking them to give you sufficient space in the back of your van.

The Best Way to Move a Futon Mattress Without the Frame

If you’re trying to head out quickly or just don’t have the room in your van for the futon’s frame, even when disassembled, you can simply leave the frame behind and purchase a new one at a later date. Futons still work great as floor mattresses and can be set against a wall like a makeshift sofa.

Here’s the most efficient way to fit a futon mattress into a minivan:

While it’s not usually necessary to leave the frame behind or make two trips to get both pieces, this option is still there for those who are either in a hurry to leave, don’t have the means to bring the frame along for the ride, or for those who just want to create the most space possible in the back of their van for other items that they may be moving along with the futon.

Futons are incredibly neat pieces of furniture that serve a great purpose for those who are on a budget, don’t have the room for a full-fledged bed, or just want an extra place for guests to sleep. They’re affordable, compact, and can be easily assembled and disassembled when moving.

So, can a futon fit in a minivan? Yep! And it isn’t as hard as you may think. With a little elbow grease to take apart the frame, folding down seats to provide the necessary space, and trying out different angles for the perfect fit, any sized futon should be able to fit comfortably in the back of your minivan. From there, it’s smooth sailing to wherever you’re headed.

link to Do Futons Need Sheets? Choosing the Right Kind

Beds are probably the most straightforward furniture items that you can sleep on, but they are not the only ones. You can have daybeds, pull-out sofa beds, and futons. Futons, for most of us, are a...

Continue Reading
link to The Futon Size Guide: How to Choose a Perfect Fit

Sometimes, finding a futon that fits your room can be frustrating and overwhelming. There are so many types and sizes, it’s hard to decide which one to buy. But the search for the perfect futon is...