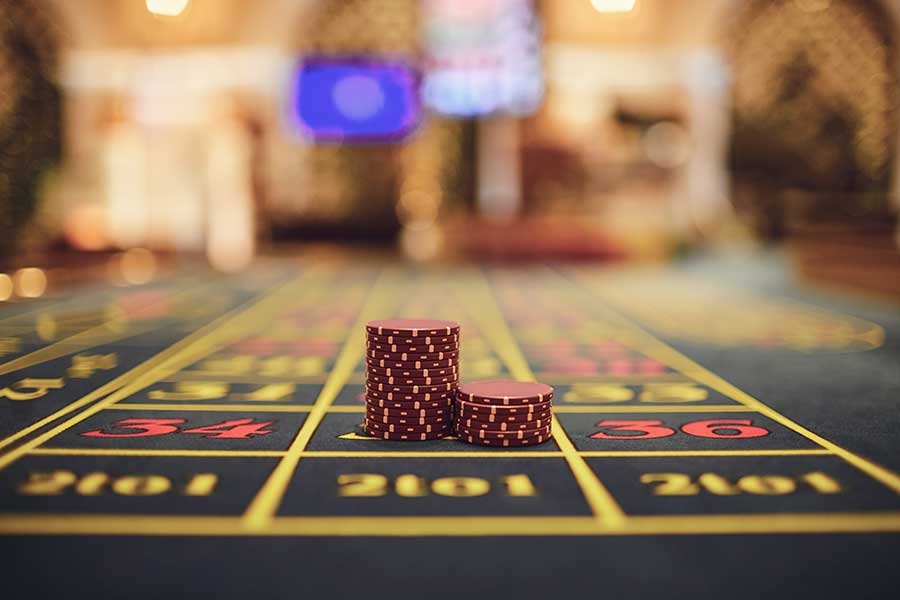 When you hear the term “gaming table,” it is likely that the first visual in your head is related to video games. You may be wondering what people did for entertainment before video games? This article will answer that question by explaining what gaming tables are and how they are not just a thing of the past.

Oftentimes a gaming table is used to play games where money or other assets are on the line, but not always. Gaming tables are used to play cards or board games, too. Before technology overtook our lives, many forms of game tables were used as the primary center of entertainment in people’s homes.

Gaming has changed significantly over the years, but one thing remains; there is nothing like a good game to bring people together. If you wish to know more, continue reading for info that may help to spice up a dull evening.

A Brief History of Gaming Tables

The concept of gaming tables has been around since before the Victorian era. However, they didn’t evolve into the gaming tables we are familiar with until later in the 1700s and 1800s.

This period of time is when parlor games became a way of socializing and also a symbol of status. Many of these gaming tables were very intricately designed and were used for multiple forms of entertainment in the parlor. Many pool tables carry this design tradition even today.

During this era, the parlor was generally where guests and friends were entertained. Hence the reason for the term parlor games.

These gaming tables offered people a way to socialize and have fun.

Common parlor games of this time were:

Since then, many other table games have been created and new versions of the original games. If you are interested in learning more about gaming tables, continue to the next section.

For some of you, this may be a far-fetched idea, but People used to play games together as a form of entertainment. That was before the introduction of:

Oftentimes these games were played at a table. This was the ultimate way to bond as a family and have some fun back in the day when the work was done, and it was time to relax.

As technology progressed, traditional games and the way in which families spend time together changed. Now, technology has become such a consuming part of our lives that we don’t spend time or communicate with one another like we used to.

Our focus is directed at our phones and other devices while life buzzes on around us. Game tables are a great way to rekindle the ways of former generations and bring the family back together for some quality time, sans smart devices.

To learn more about gaming tables and how they can be a large source of entertainment, continue reading.

A popular way to reduce the amount of space that games take up is to invest in a game table that has multiple functions.

Classic gaming tables often will feature Chess, Checkers, or Backgammon boards. Many gaming tables will have a top that features different game boards that can be flipped to switch games.

During the Victorian era, these gaming tables were elaborately designed and often featured intricate carvings and other high-quality woodwork. It was not uncommon for the gameboards to be inlaid directly into the tabletop.

The idea of a table that features multiple games has stuck around, and since its inception, and has evolved into what we are familiar with today.

Modern variations of multi-game tables generally feature combinations of games such as:

These combination gaming tables can be full-size with legs or smaller tabletop versions depending on your available space.

Ante Up and Get Ready to Play Cards

Another popular type of gaming table is one used for poker and other card games. It is unlikely that this type of table will ever lose popularity as gambling can be a highly addictive activity that people rarely give up on.

Generally, card gaming tables are covered in felt and will have inlaid sections for chips, cards, and other items pertinent to the game at hand.

If you want to feel like you live in the gambling capital of the world, then a card gaming table is exactly what you need to create your perfect home casino.

Other popular card games include:

Some of these games have been around for many years, and some may be newer. Regardless of their inception date, they are all a great way to come together as human beings and have a good time.

Here is a list of the most popular tabletop board games in the United States today:

This list is not all-inclusive on the type of games you can play on a gaming table. It does, however, give you a good idea of how gaming tables are used and hopefully will inspire you to enjoy some table time with your family and friends.

Secret Storage for a Clutter-Free Home

Another great thing about gaming tables is they typically have hidden storage compartments for conveniently stashing your cards and game pieces out of sight when they are not being used.

If you or your loved ones simply must have some form of technology as a part of your entertainment, then continue to the next section for a hack that lets you play classic tabletop games with a twist of technology.

For those of you who just can’t fathom the idea of being entertained without the help of technology, this section is for you.

One day a lover of games decided to create a digital gaming table known as The Infiniti Table™. This table features over 40 of the most popular board games that people like to play, with more becoming available.

For those trying to live a minimalistic lifestyle, this invention is uber convenient because you don’t have to find a place to store a whole bunch of board games which can take up precious space as well as create visual clutter.

This table can best be described as a large tablet with legs. It can be used as a dining or work surface as well but is primarily intended to be used for gaming.

The Infinity Table features a touch screen where you control which game you play as well as make all of your moves with the touch of a finger. There is no need for game pieces to get scattered and lost anymore as everything is on the screen.

The major downside to this ingenious invention is that it is not inexpensive by any means. So, if you decide to invest in one for your home, be sure you are going to actually use it, or you will wish you had spent the money on something else.

If traditional games are not up to your alley, then continue reading to learn about how a gaming desk can be a game-changer if you play a lot of video games.

Gaming Desks – Are They Worth the Investment?

If you still prefer to play video games instead of having actual human contact, you may be wondering if a gaming desk is better than a traditional office desk. This next section will discuss the advantages of using a gaming desk if you are a frequent video game player.

Multiple reasons contribute to why you may want to choose a gaming desk over a traditional office desk. Some of those reasons are as follows:

The main disadvantage of purchasing a desk specific to gaming is that it will generally be more expensive due to the specialized design and customizations that can be done.

If you are a serious gamer, then investing in a gaming desk is not a waste of money because you will get real use out of it. If you only play occasionally, then it may not be worth it for you to spend the dough on a specialized gaming station.

Sometimes it pays to get back to our roots and remember where we came from. To choose to live life as though it were a simpler time.

As mentioned previously, gaming tables are a wonderful way of bringing family and friends together. By taking a much-needed screen break, people can connect on a more personal level and just have fun.

link to 5 Reasons Why Game Tables Are Worth Every Penny

If you are a frequent board game player or like to host poker nights, you may be considering investing in a game table. Game tables can be expensive, so you may be asking yourself whether it is worth...

Continue Reading
link to How to Determine What Size Game Table You Need?

Many enjoy playing tabletop and board games with friends and family. To play these games well, you can consider investing in a decent game table. When considering a game table, however, it is...